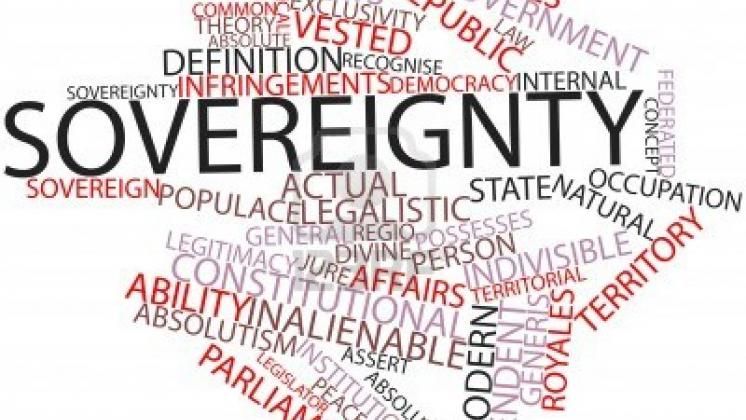 Lacson emphasized Sen. Leila de Lima and Maria Ressa, whose release the proposed US resolutions sought, are “incidental” to the intent of the Philippine Senate resolution.

“Sen. de Lima and Ms. Ressa are but incidental to the intent of this resolution. They are entitled to fair justice and judgment by the courts handling their cases. But what we need to point out is that supremacism has no place in a civilized world regardless of race, color and status in wealth and power.” Lacson stressed.

Earlier, Lacson said a Philippine Senate resolution is needed to call out the US solons behind the “inappropriate” resolutions.

“We are not their colony. We have a Constitution that provides for three co-equal branches and a judicial system where due process is followed, regardless of its flaws and weaknesses,” Lacson said in a post on his Twitter account last Sunday, April 7.

Senate Resolution 1037 particularly scored the US solons’ proposed Resolutions 233 and 142 for “being an affront to the sovereignty of the Republic of the Philippines and an undue interference in its judicial process.”

“(I)t is submitted that the said Resolutions are highly inappropriate and unbefitting, considering that the Philippines is no longer a vassal or a colony of the United States of America but a sovereign state and a member of the family of nations governed by its own municipal laws and the generally accepted principles of international law,” it read.

Both US Congress resolutions had sought to condemn the Philippine government for its continued detention of Sen. de Lima, and called for her immediate release.

US Senate Resolution 142 also called for the dropping of charges against Ressa and Rappler.

Both US resolutions claimed Sen. de Lima is a “prisoner of conscience, detained solely on account of her political views and the legitimate exercise of her freedom of expression.”

Yet, Philippine Senate Resolution 1037 pointed out that contrary to the assertions of the members of the US Congress in their respective Resolutions, the Philippine Government “adheres to the observance of the principle that ours is a nation governed by laws and not of men as stated and guaranteed by no less than the Preamble of the 1987 Philippine Constitution.”

It also cited the Philippine Supreme Court’s ruling in the case of Villavicencio vs. Lukban that no official, no matter how high, is above the law.

Thus, it said the resolutions by both houses of the US Congress calling on the government to release and drop the charges against Sen. de Lima, Ressa and Rappler “cannot be made without encroaching and interfering on the exercise by the Judiciary of its judicial power.”

Also, Senate Resolution 1037 pointed out criminal cases against both de Lima and Ressa are already filed in court and the judicial process against them are underway, so “the government cannot do anything but to let the wheels of justice take its course pursuant to the Supreme Court ruling in the case of Crespo vs. Mogul that ‘once a criminal complaint or information is filed in court, any disposition of the case or dismissal or acquittal or conviction of the accused rests within the exclusive jurisdiction, competence, and discretion of the trial court.’”

Besides, the Philippine Senate resolution pointed out de Lima, despite her being incarcerated, is still allowed to function as a Senator.

“While she cannot participate in person in the deliberations of the Senate and vote on certain measures, she has filed bills and resolutions which were read and made part of the record of the Senate,” it said.

On the other hand, the Philippine Senate resolution said no less than former Supreme Court Justice Conchita Carpio-Morales declared that “…it is opportune to wipe out the lingering misimpression that the call of duty conferred by the voice of the people is louder than the litany of lawful restraints articulated in the Constitution and echoed by jurisprudence.”

“The apparent discord may be harmonized by the overarching tenet that the mandate of the people yields to the Constitution which the people themselves ordained to govern all under the rule of law,” it quoted Morales as saying.

Also, it quoted Morales as saying that while Congress “continues to function well in the physical absence of one or a few of its members”… “never has the call of a particular duty lifted a prisoner into a different classification from those others who are validly restrained by law.”

In the case of Ressa and Rappler, the Philippine Senate resolution noted the charges are filed against her for violating certain Philippine laws, and not because of her being critical of the administration.

The charges include RA 10175 (Cybercrime Prevention Act of 2012); RA 8424 (National Internal Revenue Code as amended); and Commonwealth Act 108 as amended (Anti-Dummy Law of the Philippines).

Ressa was even allowed to post bail on these cases to debunk the allegations that these were politically motivated cases, it added.

“(C)onsidering the tenor of the Resolutions of Both Houses of the U.S. Congress, the same can be considered an interference and intervention on a purely domestic matter within the authority of the Republic of the Philippines, a sovereign state and equal in stature to that of the United States of America,” the Philippine Senate resolution said.

“(T)he Philippines, regardless of its flaws and weaknesses, has a Constitution that provides for three independent, co-equal branches and a judicial system where due process is followed,” it added.