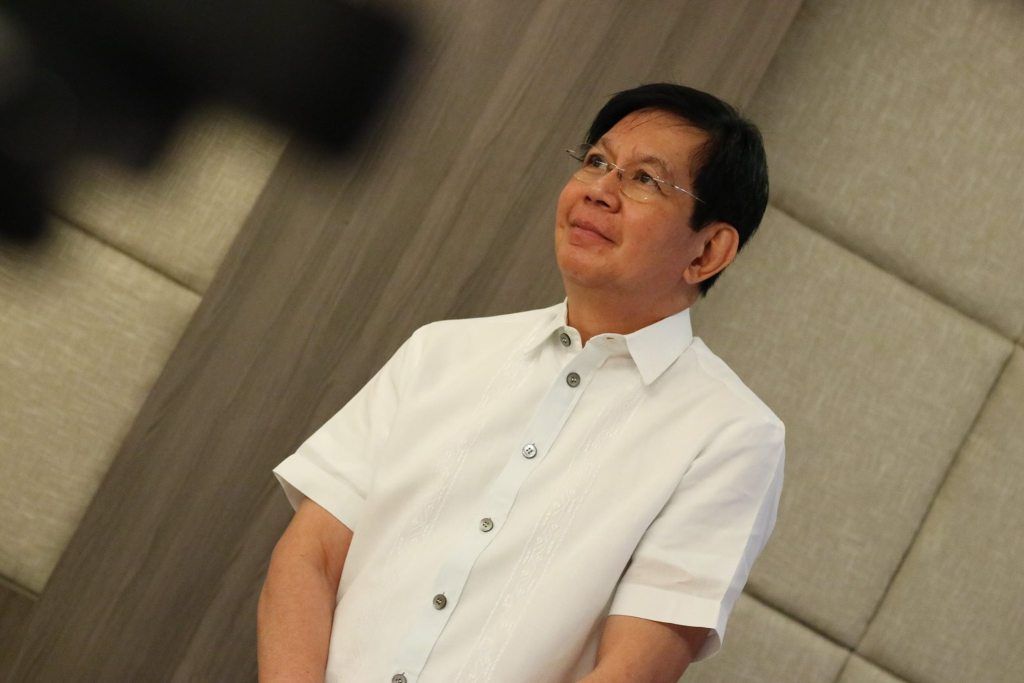 From Politiko: Lacson, who spoke at a gathering marking Women’s Month in Aliaga, said his late mother instilled discipline and a sense of right and wrong in him and his seven siblings when they were young.

Returning senator Panfilo Lacson paid tribute to his mother during a sortie in Nueva Ecija, saying that it was her mother, Maxima, who inspired him in his personal credo to uphold what is right and fight what is wrong.

Lacson, who spoke at a gathering marking Women’s Month in Aliaga, said his late mother instilled discipline and a sense of right and wrong in him and his seven siblings when they were young.

The former police chief said his mother even had one of his siblings who chanced upon a one-centavo coin return it to the rightful owner.

Lacson said he wept upon seeing the coffin bearing her body.

Lacson is running as an independent senatorial candidate and is pushing the Budget Reform Advocacy for Village Empowerment (BRAVE), which proposes the downloading of funds from the national budget to the barangay, city, municipal and provincial levels.

“If we give each of our 81 provinces P500 million to P1 billion; each town P50 to P100 million; each city P150 to P300 million and each barangay P3 to P5 million for development projects, we can generate jobs and lure people in the metropolis to the provinces,” Lacson said.

Such amounts are on top of the 20 percent of internal revenue allotments (IRAs) for local government units’ local development projects, plans and activities.

But this proposed distribution of appropriations can be used only for LGUs’ developmental endeavors, and not for other purposes.

With BRAVE, Lacson said people seeking jobs in Metro Manila and major urban areas can be convinced to return to their home provinces – if local government units get enough funds to implement development projects.