Trillions and counting: The mountain of debt next president has to climb [Inquirer] 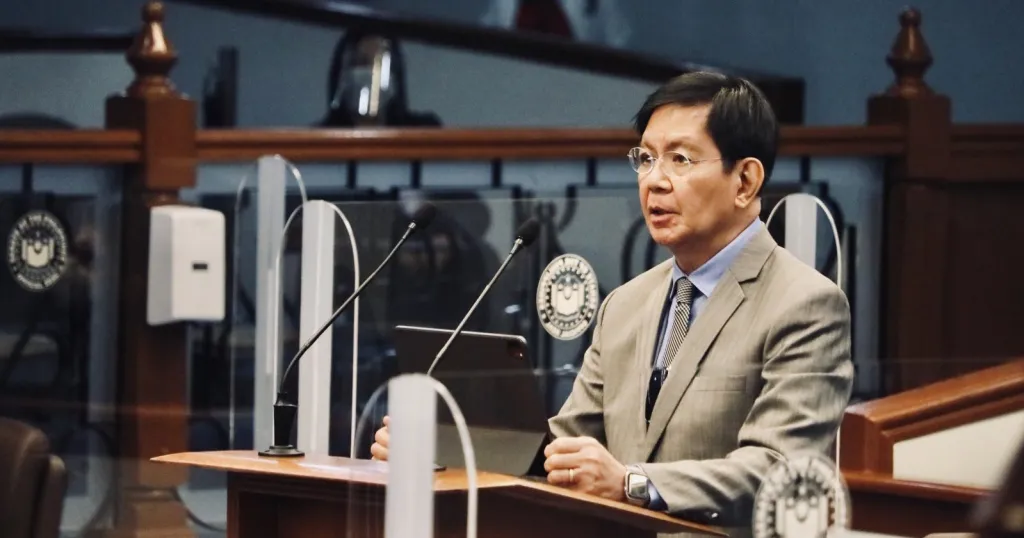 From the Inquirer: As the country moves closer to the 2022 general elections, while the replacement of President Rodrigo Duterte is uncertain, there’s one thing definite about what the next president would face—a mountain of debt.

Trillions and counting: The mountain of debt next president has to climb

MANILA, Philippines — As the country moves closer to the 2022 general elections, while the replacement of President Rodrigo Duterte is uncertain, there’s one thing definite about what the next president would face—a mountain of debt.

Sen. Panfilo Lacson, vice chair of the Senate Committee on Finance, offered what he said was an objective view of the gargantuan economic challenge that the next administration would face.

To aid the country’s growing needs amid the ongoing COVID-19 pandemic, the government had to source funds from foreign borrowings and grants for the pandemic response budget.

Debt servicing, as a result of the loans acquired during President Rodrigo Duterte’s administration and the pandemic, will be among the challenges for the next administration, according to Lacson, who had already declared his interest in running for president.

“Those loans are just numbers. Let’s talk about debt servicing. Debt servicing is what we are going to pay,” Lacson said in an interview with radio station dzBB last Sunday (Aug. 8).

Debt service pertains to the money required to pay back the interest and principal on debt obligations.

According to the Department of Finance (DOF), the country’s loans intended to fight the COVID-19 pandemic have already hit around P903 billion ($18.4 billion) in June.

DOF also reported last month that the national government’s outstanding debt might reach a record-high P13.41 trillion by end of 2022.

Citing data from the Bureau of Treasury (BTr), Lacson said that from January to May 2021, the government’s debt service bill reached P623.59 billion.

During the same time period in 2020, debt service was P512.9 billion, according to Lacson.

“This means that there is already a 22 percent increase during the first five months of the year alone,” the senator said.

Lacson added that there was also a huge jump between debt payments for 2019 and 2020 when the pandemic struck.

“But this P962.47 billion was not yet final, it was adjusted according to the Budget of Expenditures and Sources of Financing (BESF), and the actual amount became P1 trillion,” Lacson said.

This consisted of P740.87 billion in domestic debts and P264.41 billion in foreign debt payments.

According to Lacson, this is almost double the amount of the national government’s debt before the late President Benigno Aquino III stepped down which was around P5.3 trillion.

“But of course, we were hit by the pandemic,” the senator said.

By 2021, the Duterte administration’s debt service payment, both principal and interest, will hit P1.79 trillion, of which P1.39 trillion will be for domestic obligations and P402.04 billion to foreign lenders.

“This means that by 2022, given the proposed P5.024-trillion budget, it is discouraging to know that there will only be around P3 trillion funds left if we exceed P2 billion for our debt servicing next year,” Lacson explained, speaking in Filipino.

“[The money set to pay off the national debt] is already appropriated, that is automatic,” he said.

Still, for Finance Secretary Carlos Dominguez, the Philippines’ debt, despite borrowing more due to the COVID pandemic, remains “manageable” and “affordable.”

“The repayment will come from our taxes in the future. And our taxes will come from healthier Filipinos working from returned economic growth starting next year. So the debt is very manageable and it is affordable for us,” he said in July 2020.

Latest data showed that the debt-to-gross domestic product (GDP) ratio — which reflected an economy’s capacity to pay its obligations — jumped to a 16-year high of 60.4 percent in the first quarter of 2021.

It was slightly over the internationally recommended 60-percent threshold, which multilateral lenders and credit-rating agencies considered as manageable debt levels.

If the COVID pandemic persists…

The government’s budget for 2022 will further be reduced if the pandemic, as well lockdowns, will persist until next year and in 2023.

Of the P3 trillion funds left, if the government will shell out P2 billion for debt servicing, P1 trillion is also expected to be subtracted due to the local governments’ internal revenue allotment (IRA), taking into account the implementation of the Mandanas ruling.

“Because of the Mandanas ruling, which requires around P1 trillion since the population continues to expand, there will be at least P2 trillion left for the 2022 national budget,” Lacson said.

The Supreme Court granted in 2018 and reaffirmed in 2019 the petitions of Batangas Gov. Hermilando Mandanas and former Bataan Gov. Enrique Garcia Jr., which raised LGUs’ IRA to 40 percent of collections of all national taxes—the Bureau of Internal Revenue’s (BIR) tax take plus the Bureau of Customs’ (BOC) collections of import duties and other taxes.

“If the COVID, which is worsening due to the Delta variant, will linger until 2022 or 2023, the economy will be in a bad shape because of the lockdowns,” Lacson said speaking in Filipino.

“Our revenue collection will always be short, and of course the joblessness,” he added.

The senator also cited complaints filed by health care workers and front liners who have yet to receive their special risk allowances.

He also said there should be close accounting of funds to be used for ayuda, or cash aid, to the poorest and those who lost their jobs during the two week ECQ from Aug. 6 to 20.

“Congress needs to account to the public the appropriations and funds inserted to the GAA and in the Bayanihan. They should also account for the government’s acquired debts,” said Lacson.

“We already borrowed the money, the government already has it, so they need to account for it to answer the woes of some sectors — especially our health workers,” he added.

The National Expenditure Program (NEP) for 2022 is expected to be submitted by the executive department to Congress on or before the 30-day deadline since Duterte’s Sona.

Despite the unforeseen pandemic

While Lacson acknowledged the COVID-19 pandemic as one factor behind the government’s increasing debt, he said the government must still be prudent when it comes to money.

“Even without the pandemic, our debt increases every year. Of course, we did not know that we will be hit by COVID, but even without an emergency crisis, we should really be wise,” he said.

“Our economic managers, with all due respect to them, should look into how we can aspire to balance the budget,” he added, mentioning the unused and misused budget inserted in the General Appropriations Act (GAA).

Lacson said he already discussed with some senators his proposal to call for an executive session on government debts.

“We will call for an executive session to know why we are borrowing more money than the actual amount we need,” he said.

“When you talk about projected budget deficits, these are the insufficient revenues, tax revenues in our budget so we have to borrow money because we need to fund the government spending,” he explained.

The senator added that the “horrifying” budget insertions, which he said was not studied before it became part of the budget, was making the budget process worse.

“There are no studies on where the congressmen will use these insertions. Some of them, who have small districts, will have one or several items with P15 billion allocated just for a single district,” said Lacson.

“How are you going to implement that if it did not even go through studies or if the agency that is supposed to implement the budget insertions did not plan about it?”

During the interview, he said the Senate must also look into some unused and reportedly misused budget.

“Why are we wasting our budget? Let’s set aside corruption here. We know that when we give funds to an agency, especially for infrastructure or soft budget, it will have a terrifying rebate. The budget is wasted,” he said.

Speaking of excess, unused, and misused funds, Lacson pointed to the proposed P40-billion funding for the National Task Force to End Local Communist Armed Conflict (NTF-Elcac) — which is set to go through thorough review by the Senate.

He said he received reports that the Philippine National Police’s (PNP) share of P800 million in the NTF Elcac fund as a member agency is being used to conduct a “census” of 30 percent of barangay populations.

“There is a pattern here, there is a data gathering. They gather information from 30 percent of the population, for example in a barangay or municipality, they collect names, email addresses, even contact numbers,” he detailed.

Lacson had previously raised suspicion over the alleged “census,” which he said might be used for election purposes.

According to the senator, it is no longer necessary since the military has already cleared some of the barangays which would only need to receive funding from NTF-Elcac for development programs.

The PNP, on the other hand, has “categorically and vehemently” denied allegations that it has misused the funds of the NTF-Elcac to conduct a census.

PNP chief Guillermo Eleazar on Sunday said it is ready to face any probe regarding the said allegations.

Throughout the interview, Lacson, who has already announced that he will run for president next year alongside Senate President Vicente Sotto III as his runningmate, emphasized the importance of the president’s job.

“The presidency — I’m saying this without politics, this is just practical application — cannot be practiced because the problems which will be faced by the next administration are already massive. It’s not OJT (on-the-job training),” he said.

“You have to appreciate the problems. Don’t just enter without knowing your problems because you will have a hard time finding solutions,” he added.