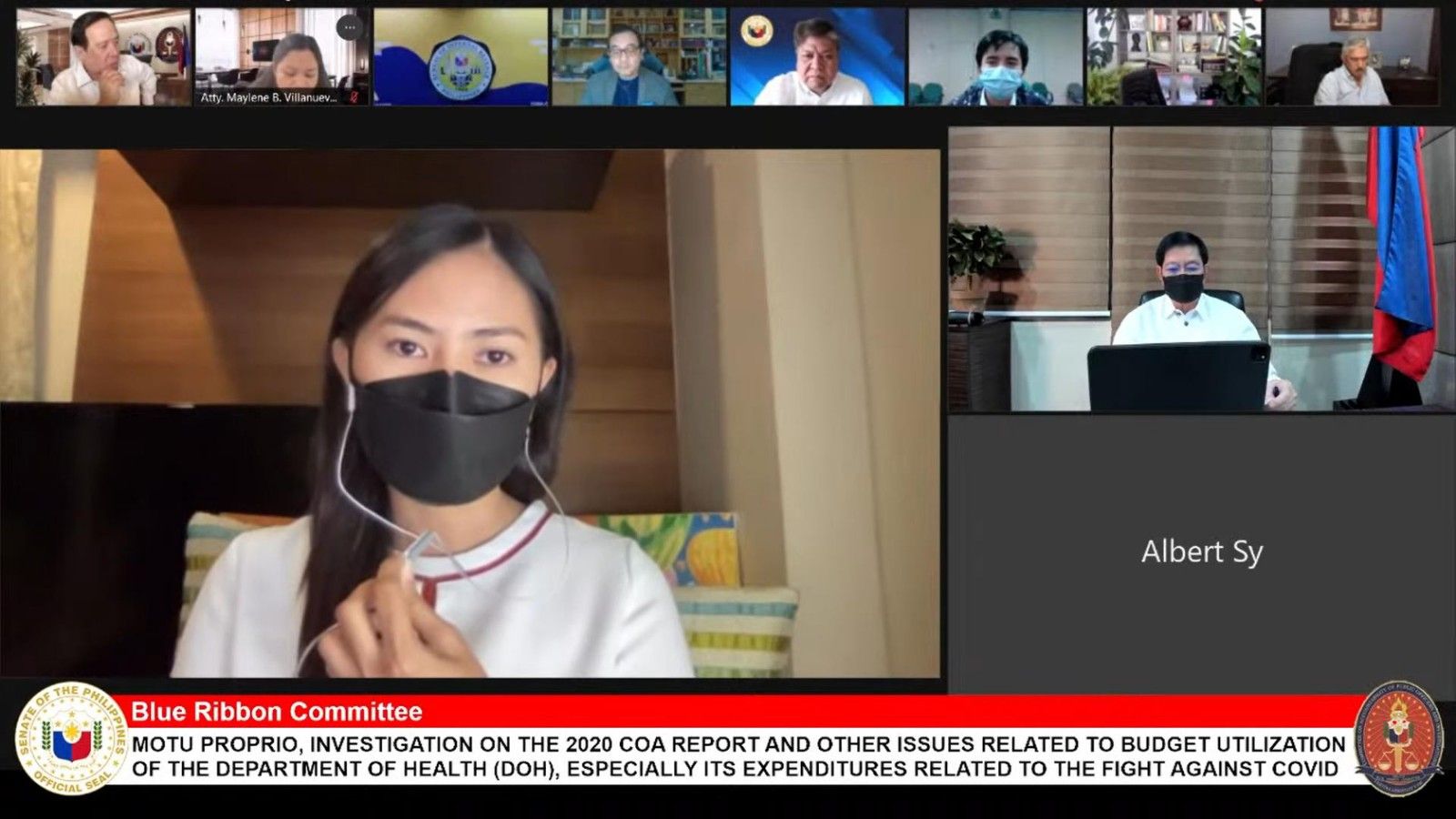 Lacson shot down Mago's claim before the Lower House that her admission of acting on instructions of higher management to instruct a warehouseman to tamper with "expired" labels on face shields was a "pressured response."

At Tuesday's hearing of the Senate Blue Ribbon Committee on the irregularities in the purchase of medical supplies to deal with the Covid pandemic, Lacson had a video clip played showing Mago was not pressured in her admission during the Sept. 24 hearing.

"You be the judge, Mr. Chairman, if that was a pressured response and if she was bullied by this representation when she admitted that Mr. Mohit Dargani gave her the instructions to have the stickers changed," Lacson said.

On Oct. 4, Mago told the House of Representatives that her admission before the Senate last Sept. 24 was a "pressured response."

But in the video clip of the Sept. 24 hearing, Mago seemed composed when she testified that she was acting on instructions of higher management, particularly Mohit Dargani.

Meanwhile, Lacson reiterated the Senate is never a criminal court or involved in a witch-hunt, as insinuated by President Rodrigo Duterte during his address televised Monday night.

"The Senate never claimed to be a criminal court. We investigate in aid of legislation as we had always done in the past, which resulted in some meaningful laws like the amended Anti-Hazing Law and many more meaningful legislations," he said.

"But neither is the Senate investigation a witch-hunt. Our inquiries also led to the filing of criminal charges against certain government officials as well as their civilian cohorts," he added.

He also cited the memorandum from Executive Secretary Salvador Medialdea informing heads of the departments and agencies, including government-owned or controlled corporations and government financial institutions, that the President has directed them to "no longer appear before or to attend" the Senate Blue Ribbon Committee hearings, and to instead focus their time and effort to address the state of calamity due to Covid-19.

"It bears repeating that all branches of government should work together against the common enemy which is corruption. The recent pronouncements made by the President may not be helping in this regard," Lacson stressed.