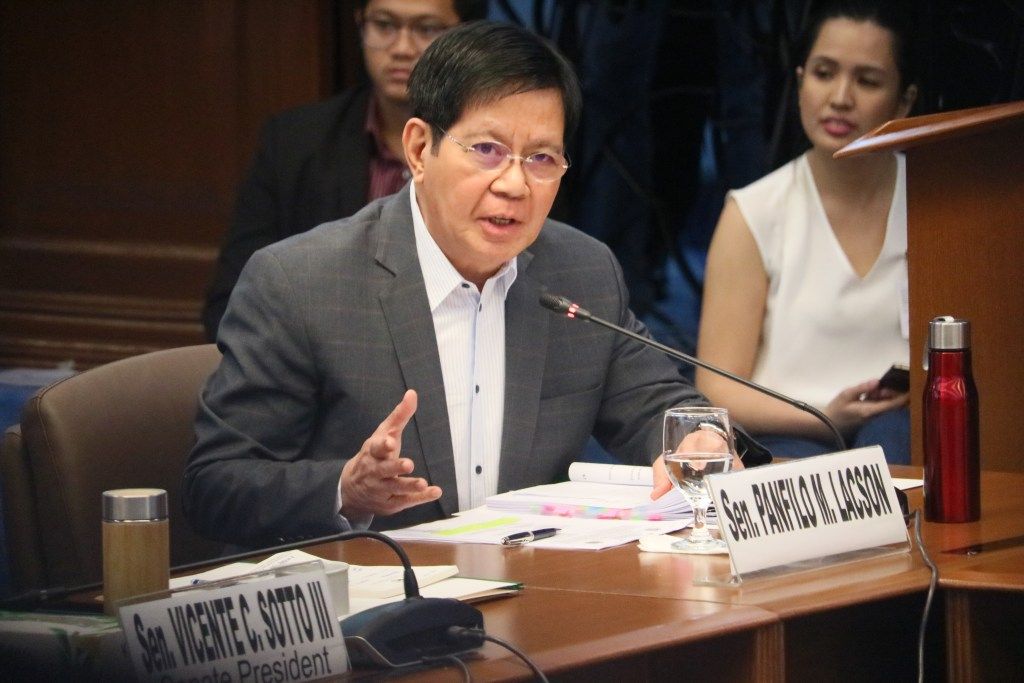 June 14, 2020 - I will be as eagle-eyed and vigilant and more in guarding against abuses in the implementation of the Anti-Terrorism Act of 2020 because I will regard any abuse as a bigger challenge, since I am going all in on this.

“Taya pati pamato na ako rito,” not just because I was the principal sponsor of the measure who painstakingly defended its constitutionality and strict compliance to the Bill of Rights with the help of most of my colleagues who interpellated and proposed their amendments to further enhance the safeguards which I accommodated, as long as we would not come up with another dead-letter law like its predecessor, the Human Security Act of 2007.

Having said that, Section 29, which is now the focus of so many challenges on its constitutionality, is merely a restatement of the same provision in Republic Act 9732 which was originally proposed by a legal eagle in the person of Sen. Franklin Drilon, accepted by an equally great legal mind in Sen. Juan Ponce Enrile, then principal sponsor, and voted favorably upon by other legal luminaries in the previous Senate such as the late Senators Aquilino Pimentel Jr., Miriam Defensor-Santiago, and Senators Richard Gordon and Pia Cayetano, to name a few.

With so many illustrious names in the law profession going through the same provision – “having been duly authorized in writing by the ATC, having taken custody of…” how could a layman and perpetual law student like me doubt the constitutionality of the said Sec 29?

The only difference is that the ATB which I sponsored in the Senate has more added safeguards like the immediate notification in writing or the nearest judge where the warrantless arrest was made in compliance with Rule 113, Sec 5 of the Rules of Court, the CHR and the ATC itself which are not present under RA 9732.