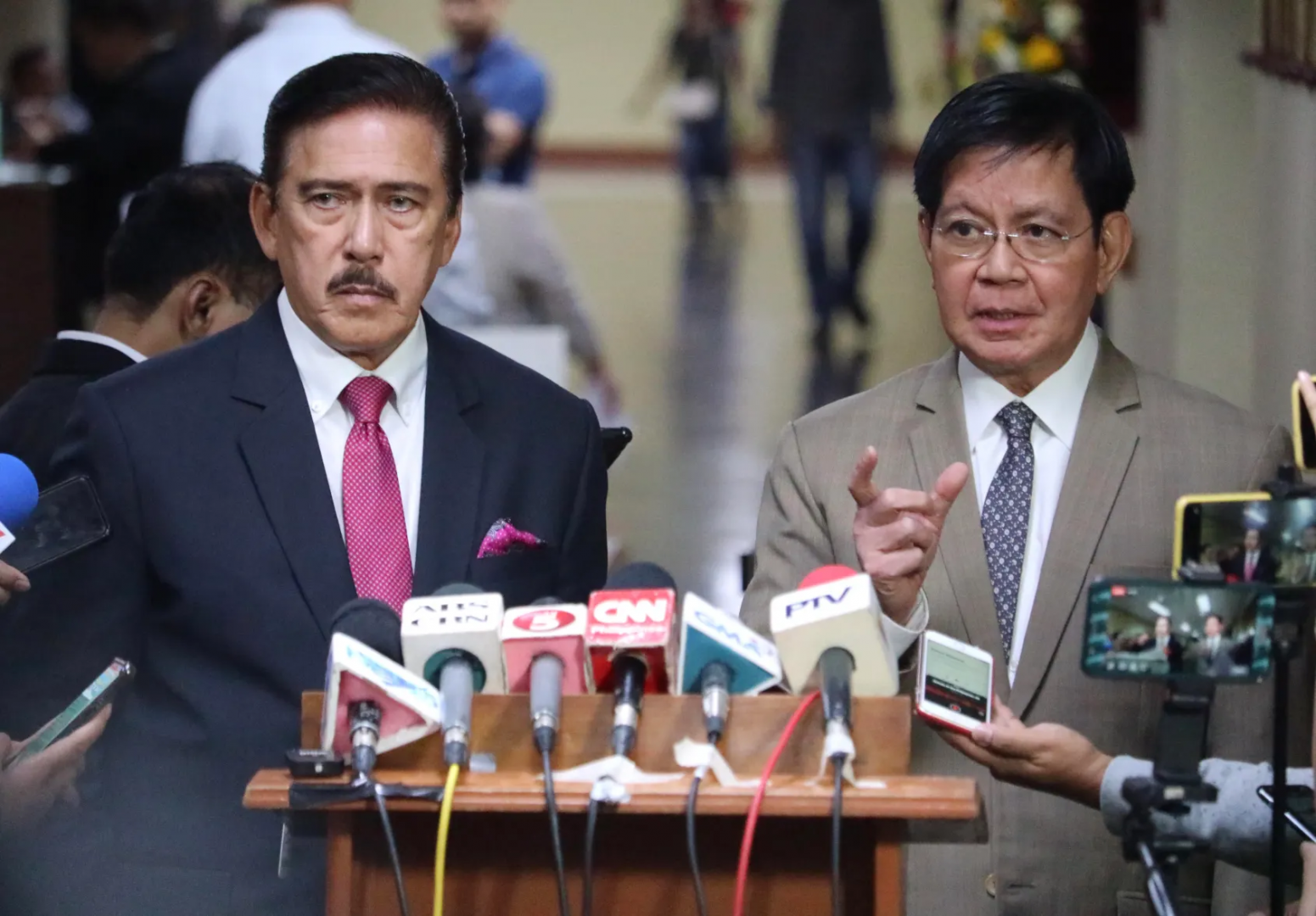 July 19, 2021 - From Manny Dooc’s column in BusinessMirror: Why not settle for Lacson and Sotto who are willing to run for the posts and ready to serve and assume office if elected?

There must be some truth in the aphorism “the early bird catches the worm.” He who moves early has a good chance of success. That’s true in any human undertaking—in pursuing a career, business or even politics. Sen. Panfilo Lacson and Senate President Vicente “Tito” Sotto III must have seen wisdom in it that the two who have declared their serious interest to seek the presidency and vice presidency, respectively, have now started touring the provinces to get the pulse of the people. Baring one’s intention to serve the people by openly aspiring for the highest two positions in our government is admirable.

When others hem and haw and disavow any ambition to seek the top two positions only to make a complete turnaround when the filing for the candidacy begins, the Lacson and Sotto tandem is more forthright and open with their goals. Lacson had been there before. In 2004, he ran for president as an independent candidate when he was disowned by his own party, the Laban ng Demokratikong Pilipino. Despite being partyless, Lacson finished third garnering more than 10 percent of the total votes cast. He edged out Senator Raul Roco and Bro. Eddie Villanueva who wound up fourth and fifth, respectively, in that presidential derby.

Lacson has lived without “pork” since he became a senator, and it proved healthy for his political career. When he was the PNP Chief, he was the nemesis of “kotong cops” and he whipped the police force to become respected law enforcers once more. On the other hand, Sotto has a phenomenal career in politics. From holding the Vice Mayor post in Quezon City, he jumped to a national office when he was elected as the No. 1 Senator of the Republic in the 1992 senatorial election. He is now serving his 4th term as a Senator. In 2017, he was elected Senate President by his colleagues, succeeding Senator Koko Pimentel. To his credit, despite overwhelming reports that President Duterte will slide down to the vice presidency, Sotto is not daunted by such prospect. He remains undeterred and has expressed readiness to do battle with the President.

It’s now less than three months before the Comelec opens up its offices for the filing of Certificates of Candidacy (COC) for all elective positions in the May 9, 2022 National and Local Elections. The campaign period for the President and Vice President starts on February 8, 2022, or less than seven months from today. An earnest candidate who truly wants to offer his or her services to the people must now make his or her move and send an unmistakable signal of his or her intention. Time waits for no man who wants to enter an elective public office.

The Lacson-Sotto tandem is an ideal partnership. It constitutes a geographical balance representing the north and the south. Lacson hails from Cavite, while Sotto’s roots are from Cebu. The two provinces have the largest voting population in the country, and together make up a total of 5.2 million registered voters during the 2019 elections. That’s bigger than the entire Davao Region or Northern Mindanao. While Sotto launched his political career in QC, his ancestors are the powerhouse Sottos of Cebu who produced two outstanding Senators before and shortly after the war. Lacson, as an adopted son of Cebu for his outstanding service as a police officer in the province in the 1990s, is also Cebu’s favorite son. Their ticket constitutes a geographical balance. This balancing model is what a possible “Duterte-Carpio-Duterte” or “Go-Duterte” ticket would direly lack. Even if we assess the Lacson-Sotto tandem under the so-called “partnership model” or choosing a running mate based on the ability to complement and help the standard bearer in managing the complex affairs of the state, the Lacson-Sotto pair is a formidable combination. For instance, Lacson can focus on corruption and venalities in government while Sotto can address the drug problems, which have been their lifelong advocacies. Lacson can zero in on crimes and peace and order. He can formulate and submit a national budget that is free of pork barrels and illegal insertions, which do not support our country’s development. Sotto can look into the local government concerns and promote effective collaboration with Congress, as well as attend to legislative issues. This will resolve gridlock between the administration and Congress, which most often causes severe dysfunction and paralysis in government. Their ongoing consultative meetings should yield valuable inputs from the people to enable them to craft a people-oriented platform of government.

In a recent press conference while visiting the Northern Luzon provinces, the two have announced that they will make their official announcement regarding their candidacies on August 5. If this happens and they launch their respective bids for the presidency and the vice presidency for the next presidential elections, Lacson and Sotto will have a significant lead over those who continue to play coy and seemingly uninterested for the posts. While others may have a legitimate reason for not yet throwing their hat in the political ring, we can only surmise what kind of prodding and convincing they need before they cross the Rubicon. Or, to borrow a colloquial phrase, is it a case of “hele hele, bago quiere”? Why not settle for Lacson and Sotto who are willing to run for the posts and ready to serve and assume office if elected? They are willing to risk themselves to early attacks by potential rivals, but they also get the attention that all candidates crave.