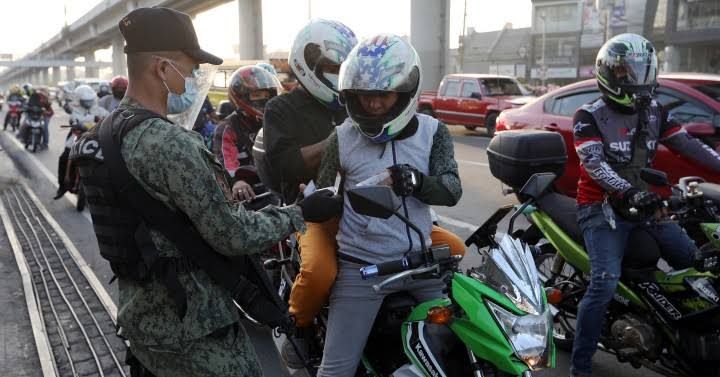 October 16, 2021 - From cash to a cut of one's fruits and vegetables: This is how "kotong" has evolved amid the pandemic, with corrupt policemen now giving vendors in Divisoria a list of items they should fork over.

Sen. Panfilo M. Lacson disclosed this on Saturday, citing a conversation he had with vendors selling wares in Manila's Divisoria commercial district.

"Ngayon daw iba na. Ang pulis, for some reason, may listahan na bawa’t pondohan sa lugar na pinagtitindahan. Listahan na binibigay. Ito dapat inyong ibigay, gulay, prutas, paninda. Balik na naman tayo. Day-to-day corruption (Kotong is back but in a different form. For some reason, police now present vendors with a list of items they should give them, such as a cut of the fruits, vegetables or whatever they are sending)," Lacson, who had eradicated the kotong culture in the Philippine National Police when he headed it from 1999 to 2001, said in an interview on DZRH radio.

He said the answer to this should not only be punishment for the erring policemen, but also leadership by example - which he was credited for in reforming the PNP.

During his stint as PNP chief, Lacson said vegetable traders transporting their goods from La Trinidad in Benguet to Divisoria or Balintawak had to shell out P1,000 to "kotong cops." When Lacson kicked out these rogues from the service, this resulted in savings for the vendors, who no longer had to charge extra for their vegetables just so they can meet the "quota" from the extorting policemen.

Lacson said this day-to-day corruption as shown by the return of "kotong" is one reason why the government and the public cannot turn a blind eye to corruption.

On the other hand, Lacson said corruption is also harming our teachers through the poor implementation of distribution of government subsidies for them.

He added the government may need to tweak its microfinancing program for teachers, so they would not resort to borrowing money from loan sharks - to the point of pawning their salary ATM cards.

Lacson said this is why he and Senate President Vicente C. Sotto III had agreed to practice leadership by example should they win the 2022 elections.

"This we commit ourselves, we reached this point in our lives. The only selfish motive remaining in our bones is to leave a good legacy," he said.