Pag-asa Is Ours! Lacson Resolution Condemns Chinese Bullying in WPS 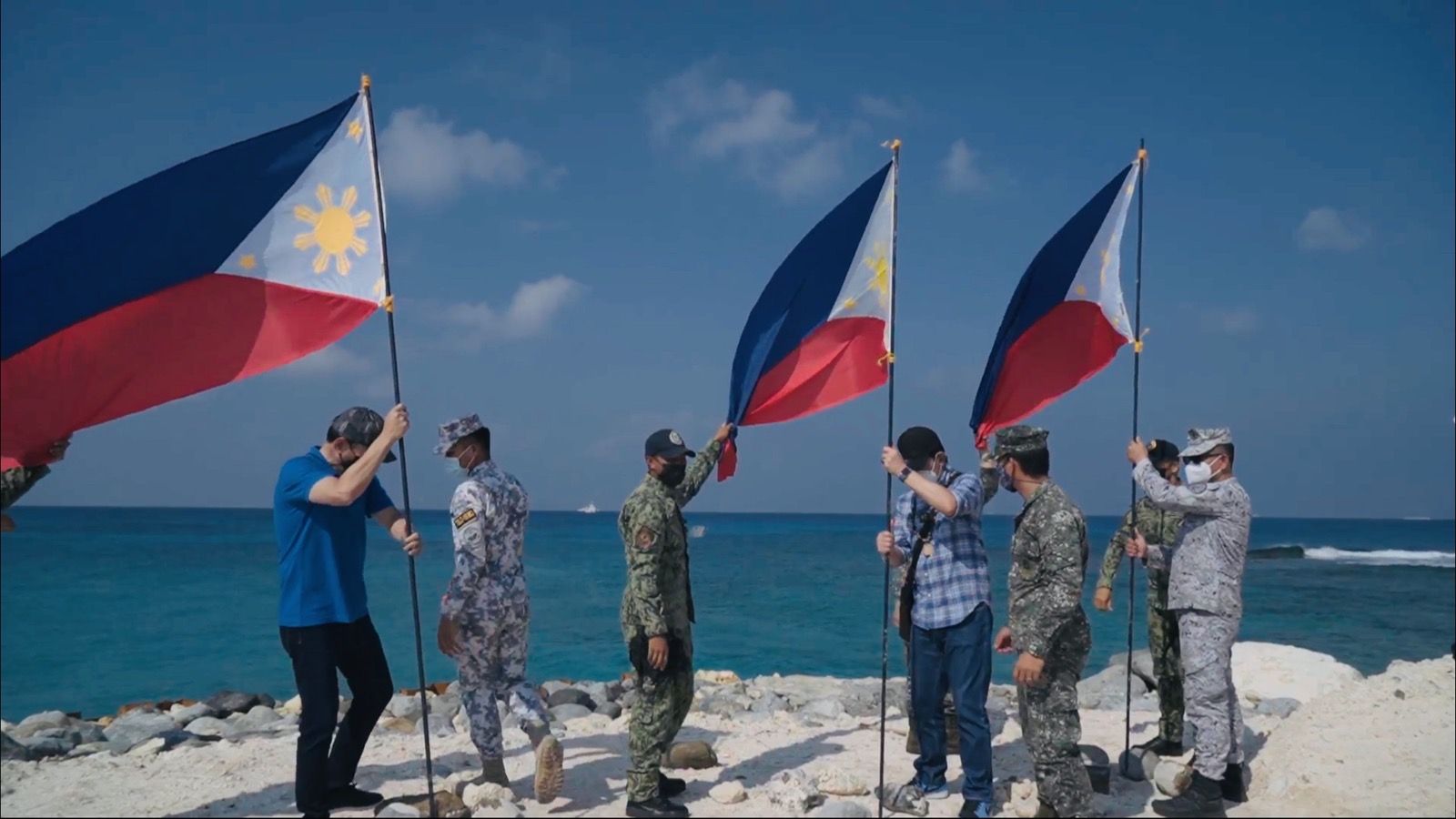 November 26, 2021 - Pag-asa Island, a part of the Kalayaan Island Group in the West Philippine Sea, is ours - and our government must consistently act to thwart the bullying in the area by China.

This is the gist of Senate Resolution 954 filed by Sen. Panfilo "Ping" M. Lacson, who visited Pag-asa Island in his capacity as chairman of the Senate Committee on National Defense and Security last Nov. 20.

"Be it resolved, as it is hereby resolved by the Senate, to condemn the continued presence and hostile acts of Chinese Maritime Vessels within our EEZ and urge the government to fortify, amplify and enhance our positions in the West Philippine Sea thru defense and security agreements with other nations, and by consistently invoking and protecting our internationally recognized rights through continuing diplomatic dialogue with nations of mutual/common interests in the West Philippine Sea," Lacson said in his resolution.

He also called for a comprehensive development plan that includes concrete projects to improve the quality of life and to ensure the efficient delivery of public services.

"Resolved further, that in pursuit of sending a stronger message of assertion that Pag-Asa Island is ours, a comprehensive Development Plan must be crafted laying-out concrete projects, programs and activities aimed at improving the quality of life and efficient delivery of public services therein," he said.

Lacson, in his resolution, noted Pag-asa Island is considered a municipality of Palawan by virtue of Presidential Decree 1596 dated June 11, 1978 - yet is surrounded by Chinese maritime vessels despite our repeated diplomatic protests.

Also, he warned that if these continuing acts of the Chinese maritime vessels in the West Philippine Sea remain unchecked and unchallenged, they may "constitute clear and present danger not only to our national interest and territorial integrity but also to the peace and stability of the entire Asia Pacific Region."

He noted that in 1995, China seized Panganiban (Mischief) Reef and turned it into a 550-hectare air and naval outpost that can deploy military assets and conduct surveillance over the West Philippine Sea.

In 2012, China disregarded an agreement brokered by the United States to end the standoff in Panatag (Scarborough) Shoal by not withdrawing from the area, and instead constructing chain barriers to prevent access by the Philippines. China also refused to accept the Philippines' arbitral victory in 2016 and continues to occupy and enjoy the marine resources.

Foreign Affairs Secretary Teodoro Locsin Jr. condemned the incident while Defense Secretary Delfin Lorenzana maintained China has no right to impede, prevent or harass our ships within our EEZ.

Only last Nov. 20, Lacson had a firsthand experience of Chinese bullying while en route to Pag-asa Island, as Chinese authorities issued a radio challenge to the pilots of the plane he was riding. Despite the challenge, Lacson and his party managed to visit the island - but received text messages that read "Welcome to China!"

In calling for a balance of power in the region and for development programs for Pag-asa Island, Lacson stressed the importance of the West Philippine Sea in ensuring freedom of navigation and unhampered international trade.

"Considering the importance of the West Philippine Sea in ensuring freedom of navigation, unhampered international trade and commerce in the Asia Pacific Region and the vital role it plays in the security and safety of the region, there is a need to uphold a rules based maritime order in the area to maintain the balance of power and stability therein," he said.